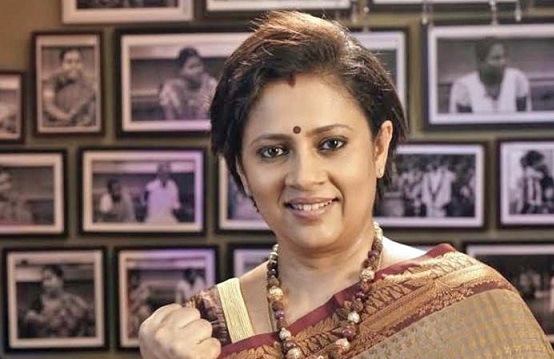 Actor-filmmaker Lakshmy Ramakrishnan is upset with the news that a young woman called Kirti Kaushal was allegedly murdered by her in-laws in Sambhal district of Uttar Pradesh due to dowry harassment.

Sharing a picture of the victim, which was uploaded on the social media by her father, Lakshmy, who is also popular as a television host, posted, “This picture broke my heart! I can’t take my eyes off her face!! The pain is unbearable!!! Imagine her Mother!!”

The ‘Aarohanam’, ‘Ammani’ and ‘Nerungi Vaa Muthamidathe’ maker added: “I am angry, anguished and terribly disturbed! A precious life, precious child! As a society we have to be ashamed!”

“Speak up girls!!! Speak about injustice done to you, if any, becas of ur gender! Speak up Irrespective of age or status, unless we talk, things won’t change! Don’t worry about collateral damage, trolls or the evil minds that want to shut you up! Don’t let anyone destroy you!” she added.

When is Ram Charan joining team…

Prakash Raj joins the team of…

Sayyeesha walks out of Balakrishna’s…

Prev Next 1 of 214
WP2Social Auto Publish Powered By : XYZScripts.com