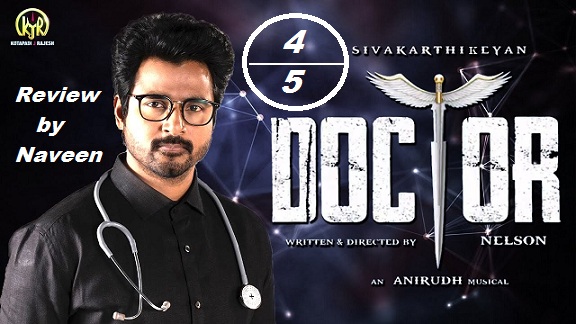 Priyanka Arul Mohan calls off her engagement with Sivakarthikeyan as she feels that they will not get along with each other. Sivakarthikeyan tries to patch up things and he visits Priyanka’s house along with his family.
However, the discussion does not end on a positive note. Though Sivakarthikeyan’s family leaves the house, he chooses to stay for sometime at a tea shop near Priyanka’s house.
This is when Priyanka’s niece is kidnapped by a human trafficking gang. Sivakarthikeyan sets out to rescue the niece. Is he successful or not forms the rest of the story.
Nelson Dilip Kumar’s treatment of the script is the biggest positive of the movie.
Even in serious scenes he has managed to evoke laughter. Sivakarthikeyan dons a completely new avatar in the flick. His body language, the way he schemes things are all fresh.
Priyanka’s character does not have much of an arc, but she has done her part well. Redin Kingsly stands out with his performance.
Yogi Babu has delivered well as a character artiste and also shines with his one liners. The rest of the cast have also done their part well. Vinay shines as the antagonist. Vijay Karthik Kannan’s camera has captured Chennai and Goa beautifully. Anirudh Ravichander’s BGM adds more momentum to the flick.
Rating: 4/5
By Naveen
***
Director Nelson Dilip KumarDoctor - Review by NaveenDoctor MoviePriyanka Arul MohanReview By NaveenSivakarthikeyanYogi Babu
81
Share

Prev Next 1 of 488
WP2Social Auto Publish Powered By : XYZScripts.com