Suriya 40 I Sun Pictures I Director…

Sillu Karupatti to be Screened at Osaka…

Disney+ Hotstar VIP is all set to… 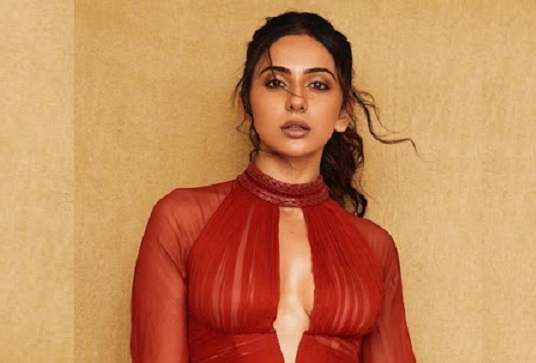 Actress Rakul Preet Singh appeared before officials of Narcotic Control Bureau for the investigation of the drug case related to the death of Bollywood actor Sushant Singh Rajput.

According to sources, various questions were asked by officials and Rakul answered to them. Rakul is currently working on ‘Indian 2’ and ‘Ayalaan’ in Tamil and a few projects in Telugu.

Rakul has been constantly hitting the news feed for her alleged link with the Bollywood drug mafia since the NCB started grilling Rhea Chakraborty.

She had also moved Delhi High Court against unsubstantiated media reports that linked her with in the ongoing drug case in Bollywood.

Bharat Ratna for SPB: Film Chamber to get letter from CMs

The trailer of Amazon Prime Video’s Soorarai Pottru to release on 26th October, Suriya thanks IAF for granting NOC